People without a Nation 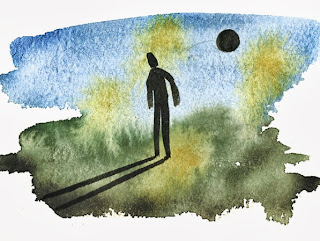 Battle lines are being drawn at the Supreme Court. They are between the stateless and the state and they are about citizenship laws.

Nepal does not have any measures to safeguard against the possibility of statelessness for children born in Nepali territory, a violation of Article 7 of the Convention on the Rights of the Child. Though Nepal has been a party to this convention since 1990, it still does not state that it will facilitate the naturalisation of stateless children.

Based on international laws, there are different ways to get citizenship. One is through right to blood (jus sanguinis), the second through right of soil (jus soli), the third through a process of naturalisation, the fourth through choice and the fifth through acquisition of territory.

However, things take a different stride in Nepal. A foreign spouse is only eligible to take Nepali citizenship after 15 years of legal residence in Nepal, leaving their children in a state of limbo. Additionally, dual citizenship for Nepalis is strictly forbidden and the acquisition of a foreign nationality automatically renders a person’s existing Nepali citizenship invalid.

“The state is treating us like dirt and we are cowering like wimps,” says one such stateless person. “This country is annihilating us with impunity and we are not given any right to rage and rail over it,” says another. The citizenship law speaks of the selective perception of legal rights; it speaks of selective morality on who is a ‘native’ in one’s country. These ordinary people, who are not recognised in their own nation, are prevented from realising their rights and are clamoring for their national identity.

Nepal is at the crossroads of a fledgling democracy and is struggling to achieve common understanding on the process of nation building. It is said that there will never be democracy unless all aspects of human rights are covered. This is not as easy as it sounds. For one, stateless people are stripped of a citizenship certificate, the primary identity document used in Nepal that provides them access to services such as banking, obtaining a passport, medical treatment at hospitals, social security, government allowances and employment opportunities.

And this ordeal is far from over. For Nepali women, securing citizenship for their children who were not accepted or recognised by their husbands is almost impossible. How much worse is it for those who were raped, abused and impregnated? Just looking at the extent and depth of their emotional and physical ordeals, anyone would ask themselves why in god’s name should they have to pay for this?

Some Nepali politicians have defend the new citizenship rules, saying that Nepal needs to protect the interests of its people from the growing dominance of its neighbouring countries—India and China. In a report published in 2011, Pradeep Gyawali, a former parliamentarian and member of the panel that recommended the new citizenship rules, said, “We need to tighten the rules otherwise a small country like ours cannot take the pressure from big neighbours,” admitting that it was to discourage Indians and Chinese from seeking Nepali nationality.

However, bear in mind that stateless people are a threat to democratic ideals. You would imagine that this was happening in Syria or some war-torn part of the world. Ironically, the threat is not outside but is within. The Election Commission of Nepal indicates that a number of stateless people did not vote in 2008, and unless the restrictive provisions on citizenship are changed, this could lead to significant serious threats to internal peace, stability and security in the near future. If people are stateless on their own soil, they become a disenfranchised community with no political, social and moral allegiance to their own country.

Recent events have shown that Dzhokhar and Tamerlan’s inability to become fully integrated into American society appears to be their primary motive behind the Boston marathon bombings. A newspaper report stated that family, friends and social media sources painted a complex picture of the brothers’ religiosity, and especially how Tamerlan Tsarnaev’s struggle to fit into American culture was a seething rage that finally exploded.

As Nepal’s election draws close, the people who have remained stateless are looking to the new constitution for protection and relief. They expect greater protection of fundamental rights for minorities, women, the marginalised and vulnerable groups. These rights include women’s rights, rights for the stateless, LGBTs, ethnicity, religion tolerance, freedom of speech, children’s rights, indigenous rights and so on. However, the government has continuously sidelined the citizenship issue as less important than state restructuring and has shown an unwillingness to work together on statelessness.

While it is true that Nepal should guard itself against pre-conceived threats from neighbouring countries, the price of passing the wrong citizenship legislation for the right reasons is too high to pay. When things are not in their right perspective, the deprivation of human rights can cause conflict in the long run.

For years, Nepal campaigned to break away from traditional feudal structures. However, if constitutional and political reform is to be meaningful, this issue needs to be addressed to ensure that citizenship becomes a fundamental right available for all legitimate Nepali people. In the scheme of things, Nepal needs to understand that humanity begins at home.

Cabrido is an international news stringer assigned in Kathmandu.
This story was printed in The Kathmandu Post on October 18, 2013.