Caught in the middle

As immigrants risk enormous time and money to invest in a country not their own, how can we introduce incentives that will safeguard their welfare?
The story found itself in Forbes Magazine. Binod Chaudhary, chairman of the Chaudhary Group, is Nepal’s first billionaire. He launched the famous Wai-Wai noodle brand, which has become a household name in Nepali kitchens, and heads a multi-industrial, transnational conglomerate spanning five continents. A Nepali businessman of Indian-origin, Chaudhary’s grandfather migrated to Nepal in the 20th century. According to Forbes, Chaudhary’s net worth of $1 billion (approximately Rs 88.20 billion) bolsters Nepal’s domestic jobs and spurs the country’s economic growth. 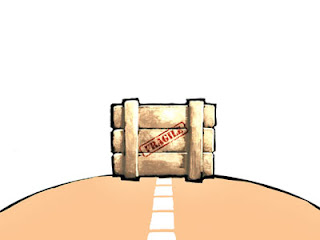 It is interesting to note that many of the most successful investors in a particular country owe their existence to an architect who was an immigrant or a descendant of an immigrant. Caterine Fake, a daughter of a Filipina mother and an American father from Pittsburgh, Pennsylvania, made it into Time Magazine’s list of people who took the world by storm when she developed the popular photo management and photo sharing website Flickr. Jerry Yang emigrated from Taiwan and co-founded Yahoo. Despite his mother being an English teacher, Yang claimed that he only knew one English word (shoe) when he moved to the United States. These immigrants who are carving their names in the business sector happen to have made far-reaching contributions to the countries that they now call home.
As descendant of immigrants launch their businesses, they become a net source of domestic job creation. Nepal’s Chaudhary Group is responsible for operating more than 40 businesses with 6,000 employees. This equates to thousands of Nepali workers with increased purchasing power to access food, education, and health benefits. That fellow, whose forefathers migrated to this country, started his venture in important areas that have helped revitalise local communities that may otherwise have succumbed to blight and decay. As it stands now, Chaudhary Group prides itself on having developed the first television and radio assembly plant as well as the first modern concept of housing in the country.
More to it, the creation of new jobs by immigrant investors leads to increased local tax revenue for the country. This translates to thousands of figures to the government, with workers paying a significant share of their income in local taxes. Taxes are essential; they fund public amenities, infrastructure and services that are crucial for a properly functioning economy. Nepalis working abroad may be the biggest contributors of remittances but this honour also extends to Nepalis living and working in Nepal where employment can be happening not just in the fringes of society but right at the core of it.
Amid the wealth of evidence on the positive benefits immigrant investors bring to Nepal, the country’s business enabling environment is still challenging because of its chaotic processes. According to the World Bank’s 2013 Doing Business Report, Nepal ranks 105 among 185 economies on the ease of starting a business. Among South Asian countries, Nepal ranks third from the bottom. The rankings for comparator economies and the regional average ranking provide useful information to assess how easy it is for an entrepreneur in Nepal to start a business.  The report reveals that business bottlenecks in Nepal are reflected in a large number of procedures, long delays and high costs. According to the data, dealing with construction permits in Nepal requires 13 procedures, takes 115 days and costs 654.6 percent of income per capita. The procedure to avail of electricity consists of submitting an application to the Nepal Electricity Authority to conduct a site inspection. External connections and actual electricity flowing in your small business venture takes 70 working days. This is a lengthy wait for someone who will face regular power outages once the power source is set-up.
Moreover, a couple more things are deeply troubling. Nepal ranks low in business enabling indicators such as protecting investors. This is exacerbated by the unstable political environment. According to an estimate, Nepal faces a loss of over Rs 1.98 billion during bandas or nationwide strikes. The Federation of Nepalese Chamber of Commerce and Industries (FNCCI) has consistently expressed concern over vandalism and attacks on private properties and obstruction in businesses during political bandas. As the country is in dire need of investments to create employment and fuel economic growth, nationwide strikes cripple economic activities time and again.
But frightening as the impending scenario is, there’s something that scares immigrant investors more. Just this month, the Deccan Herald reported that a 32-year-old Indian who had come to invest in Nepal was killed in a remote town in the Far West of the country. Running a condiments factory in Mahendranagar in Kanchanpur district, Jain was returning home from the Vaijanath Katha Factory when he was kidnapped. The police found his body in a forest with his hands and feet tied, a gag over his mouth and a blindfold over his eyes. His body bore stab marks as well as bullet injuries wherein a port mortem report said that he had died due to gunshot wounds.
I share the victim’s sense of apprehension, if not alarm, at the state, and future, of this country’s investment climate. Certainly, I agree that we need to reform the business-enabling environment and give investors the utmost priority they deserve. This means simplifying and streamlining regulatory frameworks to remove barriers to business creation and operation, implementing sound government procurement practices to increase business accessibility, improving trade policies and access to information, capacity building, securing a stable political climate and providing safety to individuals.
Representing a wave of diasporas are immigrants who are caught in the middle of changing landscapes. As immigrants risk enormous time and money to invest in a country not their own, how can we introduce incentives that will safeguard their welfare?
Cabrido is an international news stringer assigned in Kathmandu
chincabrido@gmail.com