Where the Children Cry 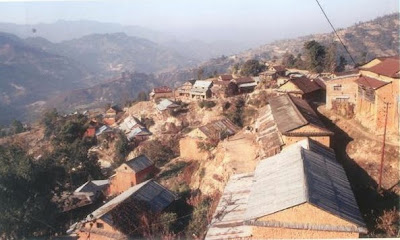 Nestled on top of the mountains about 20 kilometers from downtown Kathmandu is the quaint village of Kagati.  The day we arrived here, the sun shines brightly illuminating the brilliant greens from the trees. The terrain in this area is mountainous, the dirt roads going up makes traveling quite a task. Today is a rare encounter since this village celebrates “Saraswati Puja”, a special day in honor of the goddess of knowledge and wisdom. While other communities observe this day with children performing in a variety of school programs, children in Kagati Village remains to be an exception. For ten years now, child marriages have been a practice in Kagati Village. Nearly all couples from the 8500 village population went through this ceremony that transpires every 20th of January.

Suraya Shrestha believes that their village’s long time struggle against child marriages can be addressed through education. His experience has taught him that higher levels of education for girls prevent child marriages. Suraya established the Mahalakshmi Jana Jagirti Club that aims to make life better for people in remote Kagati Village.  Young children are now learning their basic human right to a free and full consent to a marriage. For nine years now, Suraya has been consistently working with his youth volunteers to ensure that children complete their primary schooling before going into marriage. Suraya declares, “Child marriages have serious harmful effects on children. It compels a young girl to go through a transition of becoming a wife that is emotionally and physically stressful. Our program works on awareness raising campaigns against child marriage by promoting basic education.” Things are now changing slowly and steadily. Today, no child marriage ceremony is celebrated in the village and this brings Suraya in high spirits.

Child marriages in Nepal are socially established practice that has been carried out for generations. Nepal holds the distinction of having the highest incident of child marriage in the South Asian region. According to Nepal’s Demographic Health Survey, over 63 percent of Nepalese girls marry before the age of 18. Their religions allow this to flourish and their society ensures its continuity. Their dowry system mandates the parents of the bride to pay a huge sum of money to the groom’s family. Consequently, girls are often married off young since dowries are less than those expected for an adult. In the ancient Hindu scriptures of 400 to 100 BC, the best age for a girl to get married is between 8 and 10 before the menstruation period. Among the ethnic groups, the Maithilis of the Terai and Parbatiya of the hills have the highest number of child marriages.

Child marriage is important in a society that relies in agrarian economy. In the Terai community, the parents pressure their young sons to marry older girls for their labour. To hire a "charua" (cattle herder) and "harua" (plougher) costs money and there may be instances that they will not be sincere in their work and might steal. A daughter-in-law, on the other hand, is free from such vices and is an unpaid worker. 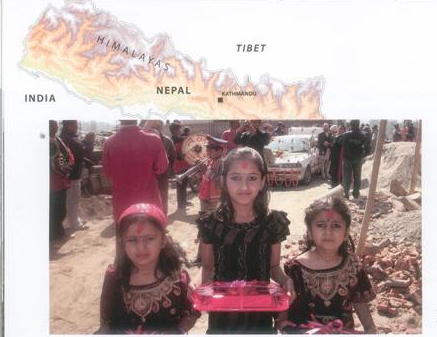 Nepal’s patriarchal society has attracted many sociologists to examine how women in Nepal are valued lowly in most regions of the country. Son preference is high in the family since this guarantees the blood linkage. Daughters are reared, brought up and given off in marriage usually with the same caste and grade. At a young age, a daughter learns to adopt the role of a future wife and a daughter-in-law. She is trained how to be hardworking, obedient, soft spoken and self sacrificing. The Hindu religion advocates marriage and motherhood as the end goal of every woman and this determines a woman’s identity.

Marriage in Nepal is usually a social contract between two families and parents give less importance on the personal affairs of the bride and groom.  Among high-caste Hindus, marriages are typically arranged wholly by the couples' families. Women rarely have the choice of their life partners. This practice has made a substantial change in the new generation as younger people now refuse arranged marriages and pursue love marriages.

Rajani Humagain is the first daughter in their family to engage in love marriage. At first, the resistance was great particularly from her father. Her partner Prem Ghimire is of the same caste, but it was often a practice that parents choose the potential partners for their daughters. Rajani belongs to this generation, and beyond any tradition, this relationship was a test of her emotional stamina.

January 27 was the day that was both memorable and defining for Rajani. Her marriage to Prem was sealed under an engagement ceremony. In most of the Nepali weddings, the time of the marriage is coordinated with astronomically calculated factors such as positions of planets. Matchmakers assess a couple’s compatibility and decide the most favorable day of the wedding. On that day, Rajani and Prem were elaborately dressed in traditional Nepali wedding refinery.

Their wedding ritual begins with the gathering of the family in Prem’s house, each one of them placing a pinch of red-coloured tikka (mixture of red vermilion, rice and yogurt) on his forehead to send him off to the Rajani’s house. Prem travels to Rajani’s place with a procession lead by traditional musicians playing the drum. This halts the vehicles on the road and attracts a number of commuters to take photographs. Once the procession reaches Rajani’s place, they proceed to a small pyre set up in the middle of the courtyard.

Rajani’s father performed the “Kanyadan”, a selfless act of giving away his daughter’s hands to the groom. For a second, I saw Rajani shedding a tear that was both emotional and blissful. Rajani and Prem followed the priest’s instructions and took their wedding vows, which involved tying the white cloth tied around each other and walking around the holy fire (agni) seven times. This is believed to tie them into a special bond of equal partnership, love, compassion and respect.

Prem puts a pinch of special red-orange powder known as “sindoor” on Rajani’s forehead symbolizing that they are now husband and wife. This mark is intended to be hidden and uncovered only for the husband’s sight. The wedding ceremony comes to an end with a round of applause and good wishes pouring in from all to the newly married couple. Rajani, after being handed over to the groom by her parents travels to Prem’s place and becomes a member of his family's household.

Nepal is a country of ethnic diversity.  There are more than 60 ethnic groups differentiated by language, dialect, religion and region of residence. Marriage and wedding rituals varies across ethnic groups. In a Sherpa wedding, a couple can begin having a family upon engagement, and the formal ceremony is sanctified years after the practical union. There is no wedding ring and the woman does not change her name. Since Sherpa community is tight, the villages just know that the two are married.

This colorful array of wedding rituals in Nepali weddings has drawn many tourists to visit this exotic country. Explore Himalaya Travel and Adventure, a known trekking company, has taken advantage of this trend and has been organizing wedding programs for tourists to popularize the local culture.

According to Navin Trital of Explore Himalaya, their company prides itself as the only one that organizes cultural weddings with great spectacle. In 2006, they have successfully staged 12 wedding ceremonies of tourists with Hindu, Buddhist and Sherpa rituals. Taking a unique approach to promote Nepal Tourism Industry, the company hopes that program of such nature can be very effective to make Nepali culture and tradition more popular around the globe. 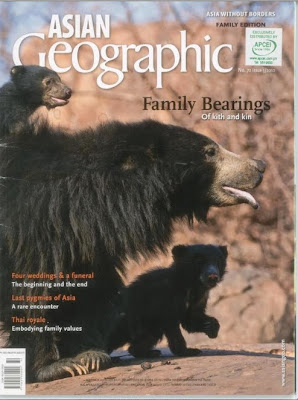