Based from my daily walks, I have seen positive changes in the pedestrian paths and I look forward to see more in the days to come. 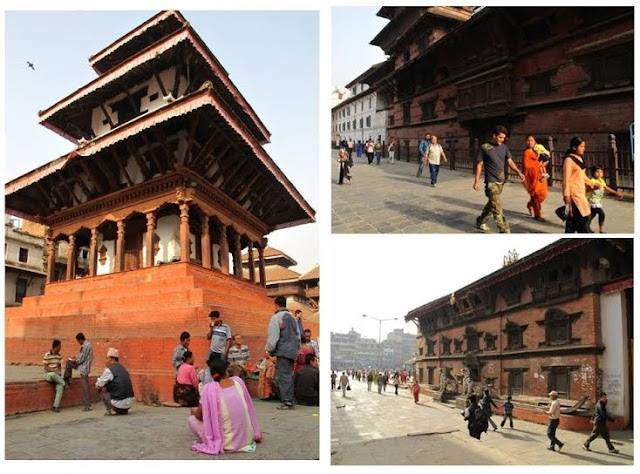 Early this year, fresh from my vacation in Philippines, I was welcomed by colorful displays of vibrant tourism year billboards around Kathmandu on my way from airport to my apartment. There is an intense enthusiasm from people greeting and meeting tourists who just landed in Kathmandu, committed to the country’s goal of receiving at least 1 million tourists this year.


My heart throbbed and I felt that this is going to be a good year for me and Nepal. For over a year now, I have been working on a project that campaigned for safer streets for people, clean and leveled pedestrian footpaths especially for the differently-able population. And I am still waiting for the time when this will come into fruition.

Nepal is a country where huge number of people relies on walking as a mode of transport from one point to another. Walking has infinite benefits; it enhances the city’s urbanity and lifestyle. Geared towards Nepal tourism year 2011, walking is a great window for people to appreciate sights of incredible icons and temples in the city, creates a vibrant environment and healthy ways of life and helps promote cleaner air.


The transition to Walkable streets for people do not need massive creation of infrastructures such highways and bridges. Lessons learnt from New York City in its Plan YC in 2006 paved way for a bold but widely accepted plan to enhance urban environment and livability in the city. It consisted of paints, designing public ceilings, using old stones, slabs and planters. New York City redesigned its streets by adopting a “people’s first” approach and looking after the growing demand of a diverse population. Underutilized stretches of roads were created into public plazas with colorful array of chairs, tables, umbrellas and planters inviting people to stay and talk. Streets were painted with canvasses of art to attract more people to walk. People started flocking and initiated weekend community programs such as public concerts and school activities. Information and directional signs for walking were used to unlock navigation of streets. The city program made pedestrian experience pleasing by planting on sidewalk streets, installing flower filled window boxes, and creating mini gardens in vehicle free zones. A sidewalk tree planting program called Block Beautiful became a private initiative mobilizing people to will and own it. The results were sweeping. There was a 71 percent increase in retail shops as a consequence of ‘pedestrianization’. In just one year, New York City has planted 33,150 trees in neighborhoods that have now enhanced the city’s streetscape. These improvements conserve energy, improve air quality, and increase property values.


Nepal has still a long way to go but hopefully is on its way to transition. Based from my daily walks, I have seen positive changes in the pedestrian paths and I look forward to see more in the days to come. For instance, the footpaths are renovated with leveled bricks within the stretch of Putalisadak. This is complemented with the improved drainage systems with people manually cleaning the canals. Traffic signs are placed at Durbar Marg with traffic police monitoring the road to see that this is actually being followed. What I love seeing are the big green bins for waste that is easy to pull and move for the cleaners to collect the garbage.


I have also witnessed greater authority in Traffic Police as they pull up illegally parked motorcycles from footpaths into police vans for confiscation. Later this week, when I visited the Metropolitan Traffic Police Office, I witnessed a long line of people recovering their confiscated motorbikes with a punched hole in their license. I later knew that five punches in the license is equivalent to suspension of license to drive for 6 months.

I consider these initiatives as ripples of change that will eventually turn into a tide of transformation. If a multitude of likeminded individuals could create enough momentum this will significantly make Nepal a better place to live in.